In 1890 J. E. Marshall founded a firm in Sandiacre to manufacture spring units for beds which, in 1924 became the Lace Web Spring Co Ltd. Marshall’s patent spring units were quite revolutionary, supplanting the previously individually attached springs. Before the First World War he also formed the Buoyant Upholstery Company, to use his springs in upholstered furniture. Mr Elson, stepson of Mr Marshall, with the backing of R.W.J. Robbins, a Long Eaton lace designer, went to Sydney, Australia before the First World War and there founded the firm of Elson & Robbins to manufacture patent spring units. Robbins went to Australia from 1913 to 1915, and in 1920 spring unit production was started in Long Eaton under the name Elson & Robbins, initially in temporary buildings alongside the canal in Bennett Street. The business flourished, particularly because of the demand for sprung seats in motor vehicles, which were then beginning to be mass produced.

After the end of the First World War, F.C. Wade returned to work at the furniture factory of William Lawrence at Colwick (Nottingham) where he had served his apprenticeship as an upholsterer, but within a short time he left to join Buoyant Upholstery at Sandiacre. By September 1919 Wade was making his own furniture at Risley and shortly afterwards was partnered by his friend H.W. Hassall, a joiner by trade, to form the Lounge Upholstery Company in premises near the Boat Inn, Sandiacre. Owing to lack of capital they joined J.J. Slater (of the Nottingham company Gimson & Slater, founded in 1908) to form in 1920, the Slater Resilient Upholstery Co Ltd, which started in Walton Street. ‘Resilient’ successfully manufactured high class furniture, said in 1928 to be ‘not within the means of the average Long Eatonian’. The name was changed to Gimson & Slater about 1934. The company is no longer trading in Long Eaton and the name is now owned by the Airsprung Group.

The original ‘Resilient’ partners did not stay together for long. In 1921 Wade left to set up by himself, with the backing of lace manufacturers David Barnett and George Worth. The business, originally in Bank Street, before moving in 1929 to Wellington Street, also produced patent springing in 1963 at their Trent Works, located in Peel Street. Now located in Highfield Road (the site of a Tesco supermarket) the group was known as the Wade Spring & Upholstery Co Ltd. The company supplied furniture for the first class rooms on the Queen Mary and Queen Elizabeth liners. Wade Upholstery expanded and acquired a number of furniture companies over the years including Parker and Farr, Welbeck House, James Lupton, Yesterdays Pine, Wade Frames and Wade Contracts. The company was sold in 2000, and now trades as the JDP Furniture Group. Charles Wade, grandson of Frisby Wade, continues to own Wade Spring Limited and Springform Technology bases in Highfields Road. 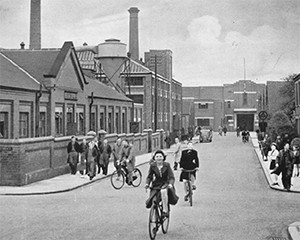 The beginning of furniture manufacture

When the Long Eaton furniture industry was beginning, a few skilled workers were recruited from Lace Web and Buoyant, but the majority of the operatives were young people, many of them school leavers who were company trained. While this did not directly help the redundant skilled lace makers, it did help to prevent large scale unemployment at a difficult stage in the town’s development. The furniture industry has continued to grow, new businesses being fathered by the older ones. Duresta Upholstery who were based in Harrington Mills was founded before the Second World War by Harold Hutchings, formerly an Everest employee. Art Forma (now owned by Furniture Brands International), started in 1936 by W. Orchard and A. R. Turland (ART; late of Buoyant) at Atlas Mills, Birchwood Avenue, was later acquired by Charles Blyth (late of Resilient Gimson and Slater), who transferred the company to Castle Donington. The company went into liquidation in 2014 and the name and assets acquired by Gascoigne Design. Since the Second World War F. K. Greensmith, Stevenson & Key, Furnwood Productions, Trindle & Longmire, Parker & Farr, Gascoigne Design Upholstery, F. & M. Steed Ltd and Meadowmead Limited have all been founded by former Everest and Wade employees.

Production of Wade Upholstery and Parker & Farr (under the ownership of the JDP Furniture Group) are now in the adjoining town of Sandiacre.

Many of the above companies have either ceased trading or have been sold to new owners, and several are now into the second and third generation of family ownership.

Significant attributes to the furniture industry in Long Eaton

High Point is a city located in the Piedmont Triad region of the state of North Carolina, USA.

The city is known for its furniture, textile and bus manufacturing. The city is known as the ‘Furniture Capital of the World’ its official slogan is ‘North Carolina’s International City’ due to the twice annual ‘High Point Market’ that attracts over 100,000 exhibitors and buyers from around the world.

The importance of ‘High Point’ relating to quality furniture inspired the Long Eaton Guild of Furniture Manufacturers to ‘adopt’ a similar theme to promote their own exhibitions held twice a year in Long Eaton under the name of ‘Long Point’. 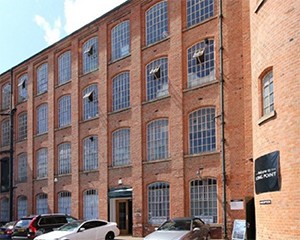 The name is so powerful, that a furniture show organised in the West Midlands each year changed its name to ‘Mid-Point’.

Long Eaton is recognised world-wide as the centre of excellence when it comes to upholstered furniture. The name is so significant and important that many furniture manufacturers elsewhere in the country have permanent offices and showrooms located in the town, with many more finding somewhere to display their products during the two ‘Long Point’ exhibitions.

Many of the furniture companies have healthy export markets; one exports to over 60 different countries.

The list of stockists of Long Eaton made upholstery include some of the finest outlets in the world, including Harrods. Local furnishers displaying upholstery made in Long Eaton include Hunters of Derby, Hopewells of Nottingham and H. Ponsford of Sheffield, all specialising in high-end luxury upholstery.

The majority of ‘High End’ furniture retailers within the UK have products made in Long Eaton to satisfy those who demand the best in terms of design and quality.

There are some 40 plus trade showrooms in the area for clients and potential end users to visit, and these attract visitors on a daily basis from all over the United Kingdom and Ireland arriving by road, rail and air.

Long Eaton plays host to many overseas buyers throughout the year including China, Russia, Japan, the Far East and most of European countries.

Examples of those trading for more than 30 years include:

Artistic Upholstery Limited:
Founded in 1952 by Jim Mitchell, who trained as a designer under his father at Matthew Pollock in Beith before moving south, working with both Gimson and Slater and Art Forma, The family business is now in its third generation.

F & M Steed Limited:
Founded in 1965 by Frank and Michael Steed who both trained at Wade Upholstery. This family business is now in its third generation.

David Gundry Upholstery Limited:
Founded in 1973 by David Gundry, who trained at Wade Upholstery and still under family ownership.

Acclaim Upholstery Limited:
Founded in 1983 by Lavinia and Barry Travers and now in its second generation.

Whitehead Design:
Founded in 1981 by Peter Whitehead ex works director of Duresta Upholstery and now in its second generation. 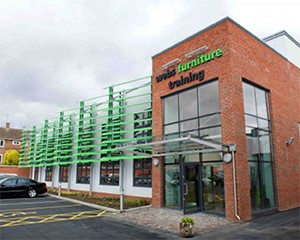 WEBS now occupy a modern 4 million pound state of the art training centre for the furniture industry, located just three miles away in Beeston, and undertake all aspects of training in traditional and modern skills towards a City & Guilds qualification in Cabinet Making, Frame Making, Upholstery, Cutting, Sewing and Polishing.

Students placed with the various Long Eaton companies are monitored on a regular basis and attend the training centre one day a week. 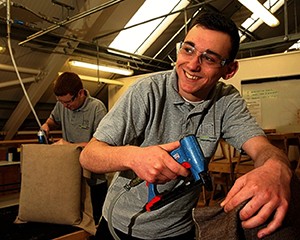 For the finest British upholstery…